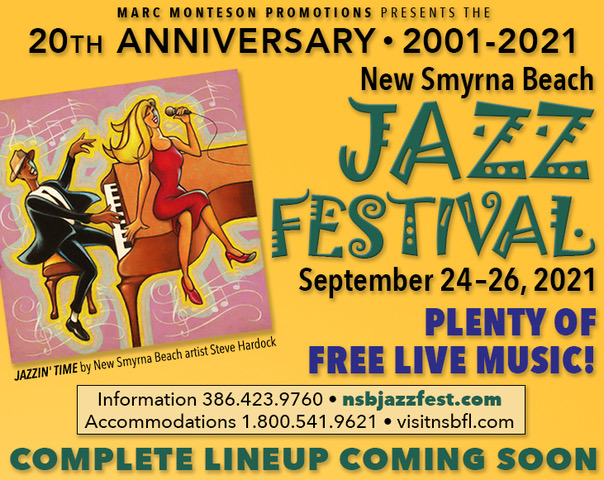 Today I am announcing that the curtain is coming down on the New Smyrna Beach Jazz Festival.  It was a very tough decision, one that I put off since May of this year.

Since its inception in 2001, when I was asked by the Merchants of Flagler Avenue Association to create a festival that would help bring in tourists during the off- season, it grew in popularity. Because of this growth, in 2006, I started Marc Monteson Promotions (MMP) to expand the event that would include not only Flagler Avenue, but also other parts of the city such as Canal Street, Third Avenue, South Atlantic Avenue and the North Causeway.  For over 19 years the Festival continued to grow and became a major marketing event for New Smyrna Beach.

Occasionally I’ll be announcing other Festivals and musical events in and around the state in addition to my other musical projects.  In the meantime, pick up your copy or go online (www.DayandNightNSB.com) for local information contained in my new venture, Day and Night Magazine.